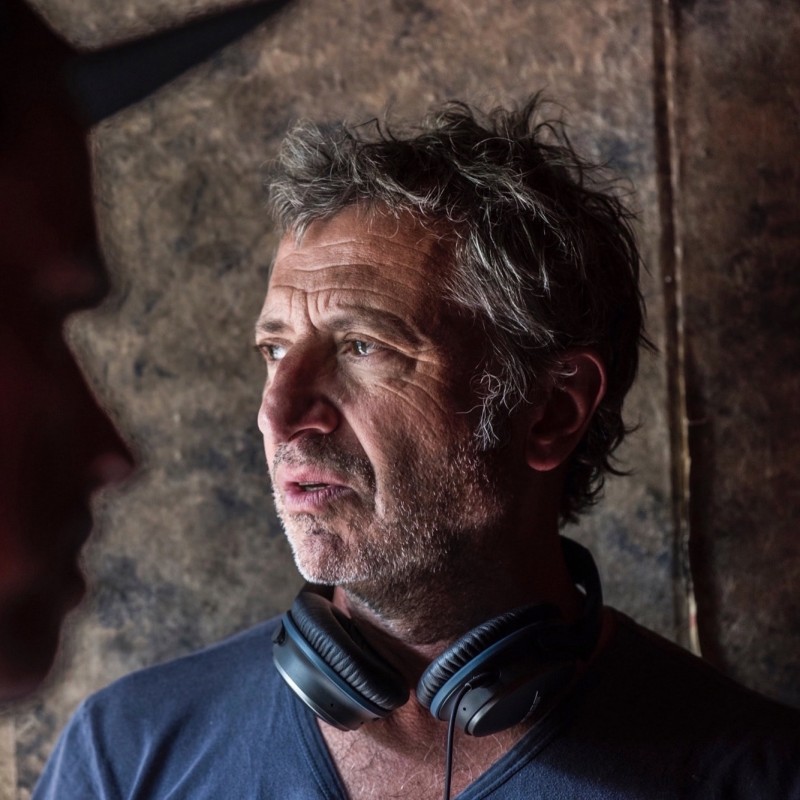 With ‘Un Ange’ Koen Mortier portrays a turbulent romance, an authentic amour fou between two lost souls: Thierry, an athlete whose career is declining, and Fae, a young Senegalese gazelle, only wanting to survive.

“Both lead characters want to be loved, understood and respected. They are mostly looking for themselves: how did they end up in this situation and how should they continue? I wanted to show the hope, despair and torments that they had to go through, when searching for a better life. The despair is the strongest with Thierry. He can’t go on like this. He seems to realise this and sees Fae as his last rescue. She’s a strong woman, who will do anything to get a grip on her existence. Her environment and situation won’t simply allow this. She has an opinion of her own and stands up for herself.

But despite the evidence of her strength, she remains a meaningless pawn in a world where everything is bought and traded. Her character is party based on a prostitute I met in Senegal, where the story takes place. Her narration left such an impression on me that I chose to incorporate it in Fae’s character. This was a clear contrast of the stereotypical image we have of African ladies of the evening.

“Thierry was very talented as a young cyclist. He had ‘an engine to win the big races’, a real champion. But in the end, it turned out completely different. This story can be a mirror for a lot of young sport heroes. The money can flow easily depending on their success and this is eventually the downfall for many of them. Drugs, expensive cars and gold digging women are just a few examples that can cause it. But it’s the urge to perform better and to win more that finally ruins them. They start to take doping and other substances to secure future successes.”

“Fae and Thierry both want to get out of their desperate situations. I wanted to show these two worlds where hope and fears lead parallel. That’s why I chose to portray a balance of those two worlds. Their dreams and fears both appear.”

“I had known Flemish D.O.P Nicolas Karakatsanis since he put his first steps in the film industry. When he showed me his first music video, it was clear that he had immense talent. During the first scouting of ‘Un Ange’, Nicolas made a lot of photos of the sets. These photos became the indicators of the mood of the film. It was almost magical how he can transform an ordinary setting into something that looks like a painting. It fit. He just knew to find which colours and frames matched the film. We agreed on the visual approach immediately.”

“During our stay in Senegal there would be an insistent wind. The sand got blown everywhere. Especially the sound of the playing wind is something that I’ll never forget: the flapping of garments, the sound of the cane stalks or the trees, the whistling pass the buildings... The wind played into the feeling of urgency. The characters feel this wind and so will the viewers, without it becoming annoying or unbearable.”

“The music in tourist bars and hotels in Senegal mostly consists out of lame disco music, combined with local songs: a strange but realistic mix. I wanted to pull the viewer away from this atmosphere, I wanted to appeal music that translated that tension and ambiguity, reflected the thoughts and feelings of the characters and provided a sound to their hopelessness. I chose for a lamento with a dark side. By chance I heard ‘Kubrick’ by the British band ‘Soulsavers’. They immediately were drawn to the story, and we hit it off right away.”